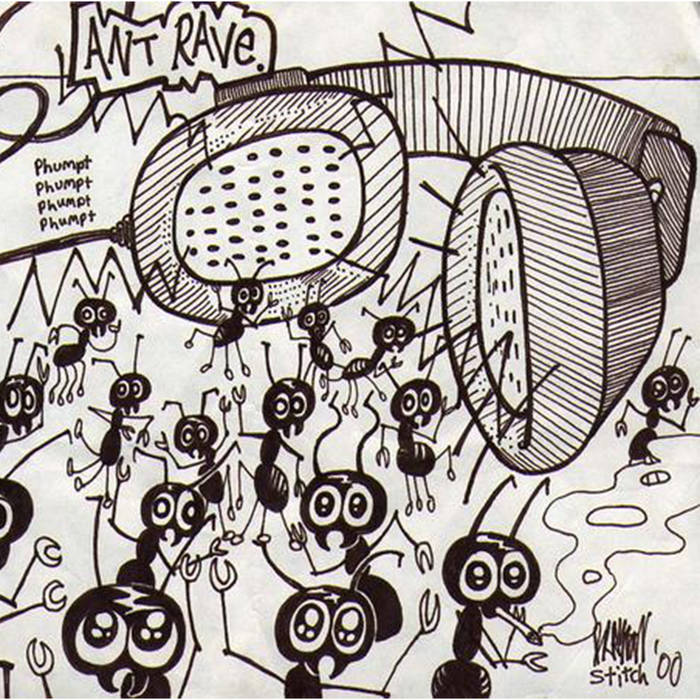 I decided to release this album as a way to donate for Nepal earthquake relief and it's longterm re-building process. Nepal is my second home so you can trust me that all of the amount will go to the right places.
--------------------------------------------------------------------------------
About the album :
The first influence for making my first LP ''Ant Rave'' have came up with an image that i found on the internet (Cover of the album). Later I went to Nepal and recorded improvised sessions and some field recordings in jungles and by the rivers. Also while I was playing my djembe,some kids came by. I gave them a few things to jam with me and we played for some time. When i got back home,I started with cutting loops from the recordings. What I realised was the independent rhythms played by the kids were filling the main rhythm really nice as I cut them in short loops. Also their conversation with each other have became a vocal element within the grooves. So what you are listening is a modest soundscape of own world and my experiences in Nepal.

Actually I had been still working on the ''Ant Rave''. But because of the emergency of the situation, I decided to release it as it is. Also I did not want to stress it too much since this one is more like an emotional expression to me. So hope you like it. Thank you so much for your support!

Bandcamp Daily  your guide to the world of Bandcamp

Khruangbin and Greg Foat stop by with their amazing new LPs.